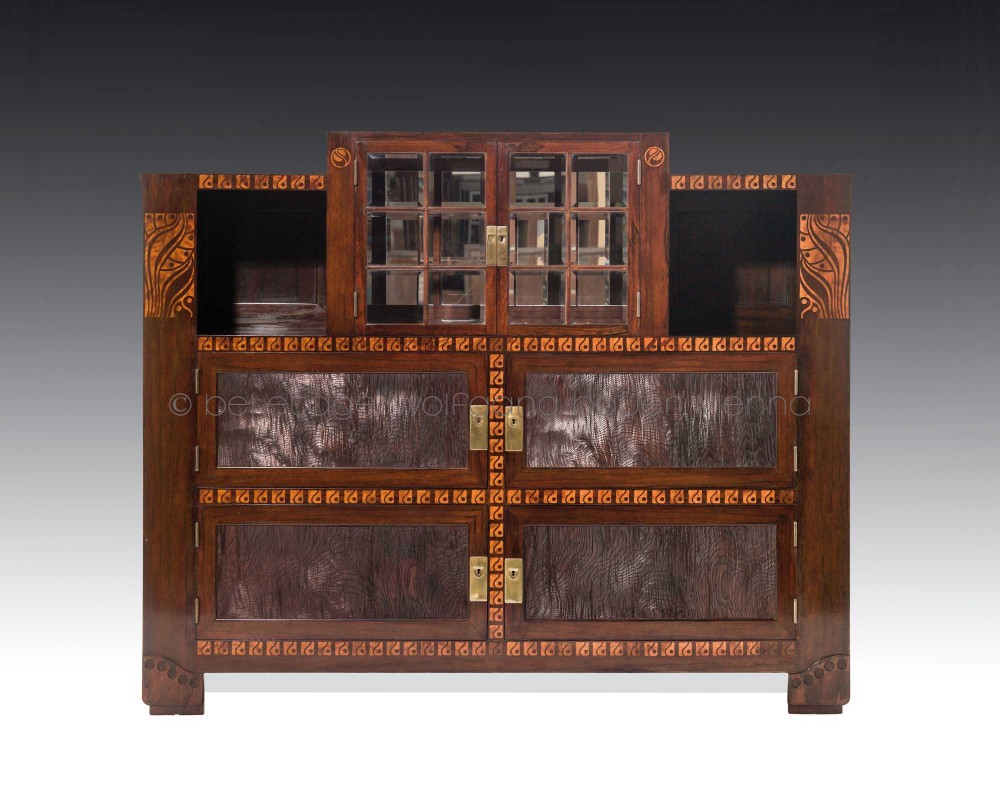 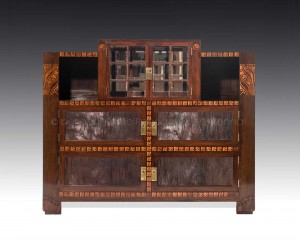 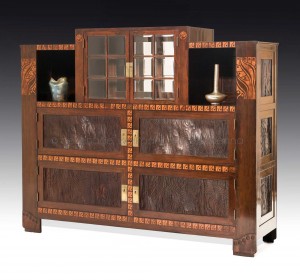 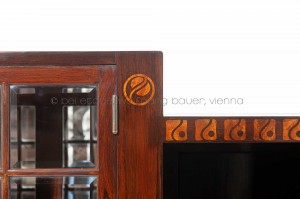 Josef Hoffmann designed this cabinet for the Eighth Exhibition of the Vienna Secession in 1900. This piece of furniture is depicted in the magazine "Dekorative Kunst" 1901 with the caption: "Josef Hoffmann, brown salon cabinet of zeregotta wood, cedar wood inlay, synaigunde panels, executed by Portois & Fix".

In the context of the Eighth Exhibition of the Vienna Secession in 1900, furniture and decorative art objects by the most prominent representatives of the English Arts and Crafts movement, such as Charles Rennie Mackintosh, his wife Margaret Mcdonald Mackintosh and Charles Ashbee, were shown in the Secession building, designed by Joseph Maria Olbrich as the first significant Jugendstil building in Vienna.

The Austrian artists participating in the exhibition were Josef Hoffmann, and Leopold Bauer, who were also the three most important proponents of the new Secessionist movement in the field of architecture and arts and crafts. Their involvement was a very courageous and at the same time unusual step, as applied arts and fine arts had until then almost invariably been strictly separated. This recognition of the artistic work of furniture designers and cabinetmakers who executed the formers’ designs, marked the initial impetus necessary to boost the further development of Viennese Jugendstil. Some of Vienna’s more open-minded bourgeoisie liked this stylistic renewal and commissioned the architects Hoffmann and Bauer to build numerous villas and flats. Koloman Moser, too was commissioned with designing the interior decoration of at least one apartment.