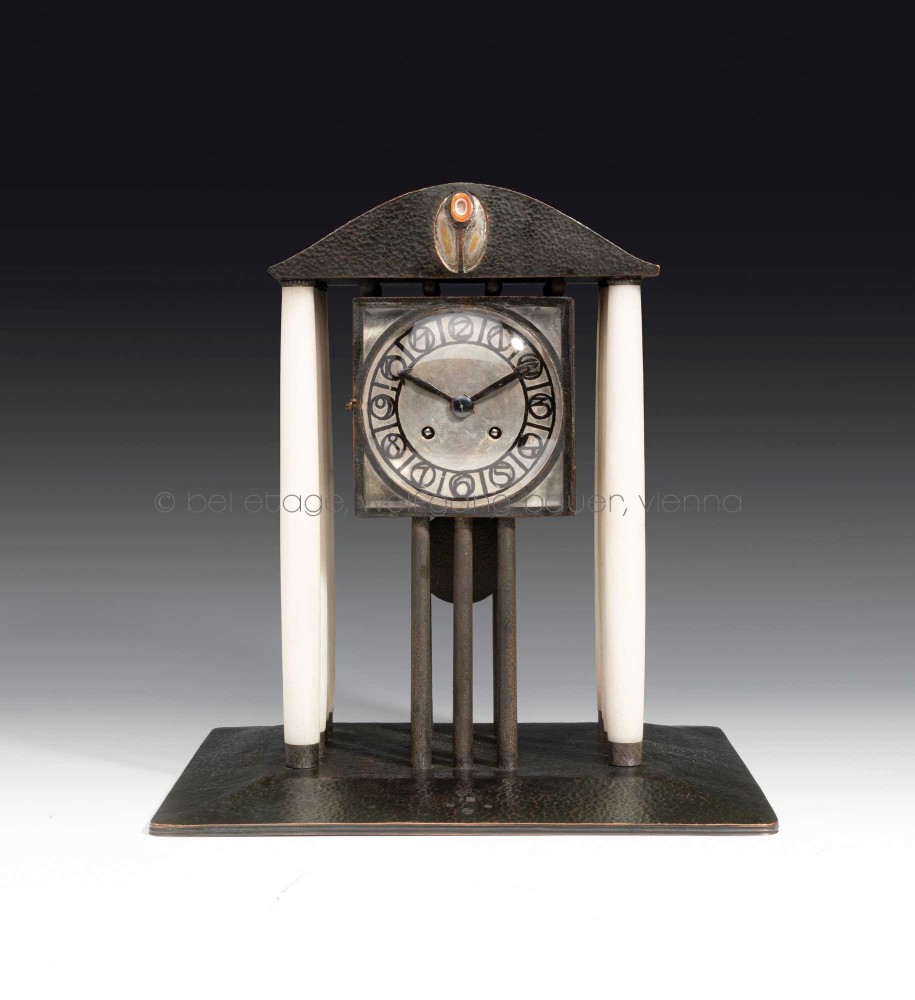 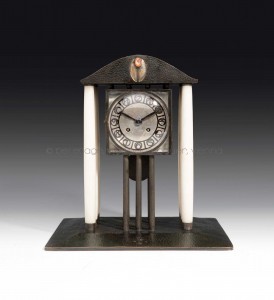 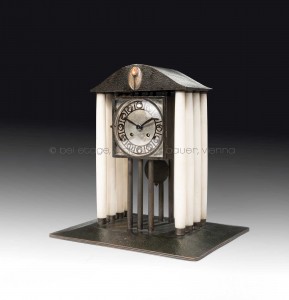 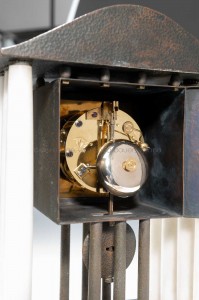 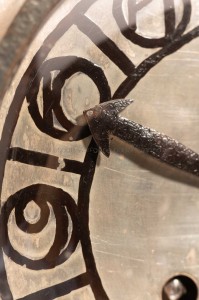 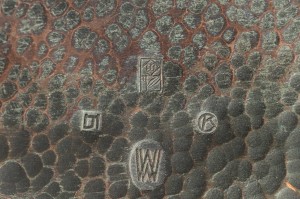 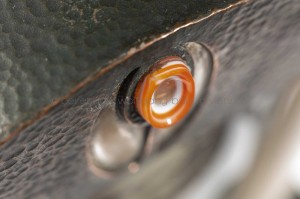 This clock is one of the few large and iconic objects, made in the founding year of Wiener Werkstätte, that are again available. Only two such clocks have ever been executed, one silver-plated in copper and the other patinated in copper. Both clocks were sold to wealthy Viennese figures very close to Josef Hoffmann and Wiener Werkstätte. The alpaca clock was acquired by the Kohn family, the clock we are offering by the Spitzer family, for whom Hoffmann had already designed and furnished a house in the Hohe Warte villa colony in 1900: