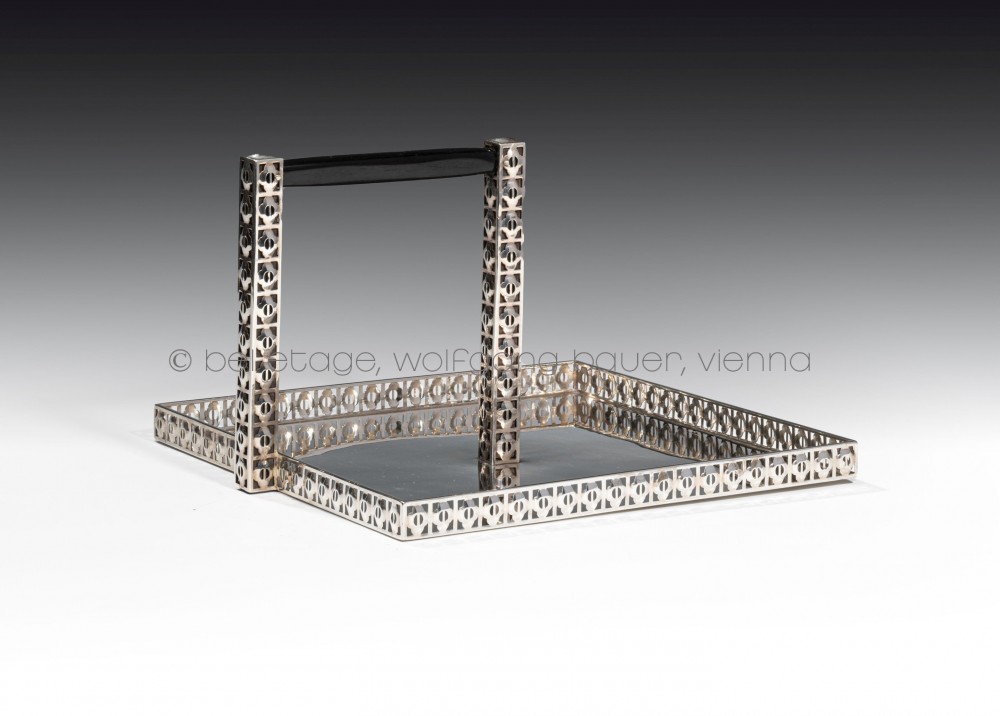 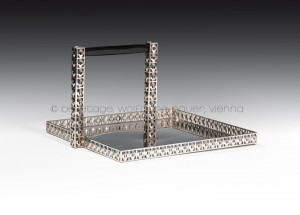 Designed as early as 1904 (with a modified pattern from 1905 onwards) the “icon” of fruit plates created by Kolo Moser as model no. S 270 served as a model for our 1910 fruit plate designed by Josef Hoffmanm. The names for the plates created by Moser were Aufsatz (centrepiece), Obstplatte (fruit tray) or Henkelplatte (tray with handles). According to the Wiener Werkstätte archives, 5 such fruit plates designed by Hoffmann were made, presented somewhat awkwardly as "Obst-Bächerei-Aufsatz" (fruit-pastry-centrepiece) Unfortunately, the original ivory handle was removed, as the export/import of works of art with ivory elements (no matter how small they may be) was prohibited by law by the US - EU authorities. That said, I can only congratulate lawmakers/politicians/pseudo-green activists on their wise decision to damage cultural property in order to protect animals that had been killed a long time ago.