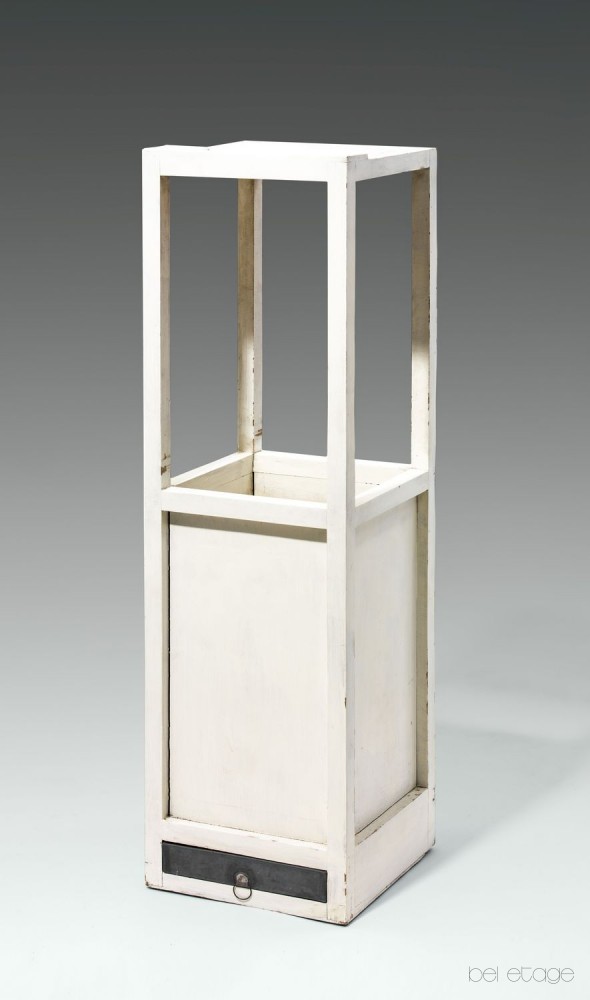 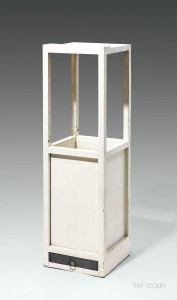 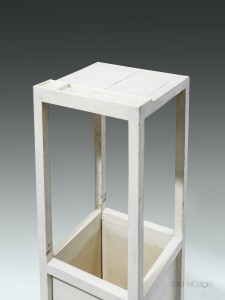 The table clearly bears the hallmarks of Hoffmann. In 1904, Hoffmann, together with Koloman Moser, equipped and furnished the business premises of the Flöge sisters’ fashion salon. On a contemporary documentation two very similar tables are depicted in this fashion salon’s dressing rooms. Our reception table used to stand in Blauensteiner’s very generous painting studio on the top floor of his upscale apartment house in Schottenfeldgasse in Vienna’s Neubau (7th) district. As early as 1903, Blauensteiner, commissioned by his teacher and friend Alfred Roller, illustrated a monthly edition of the Ver Sacrum magazine with his woodcuts. Although he was not a member, Blauensteiner only a short time later also exhibited his works in the Secession. There he also forged closer ties with Josef Hoffmann, Koloman Moser, the Wiener Werkstätte, established in the same year (1903), and the numerous eminent artists of the Secession. He then joined the Klimt Group, which left the Secession shortly afterwards.