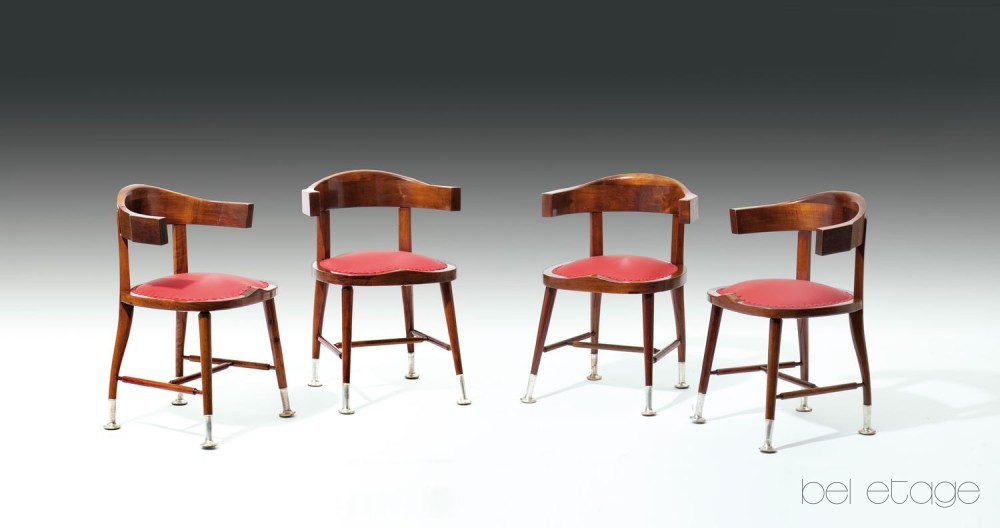 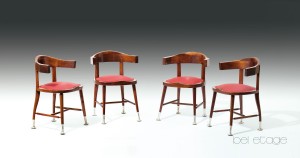 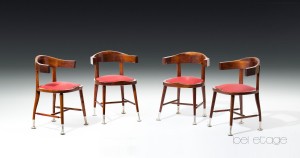 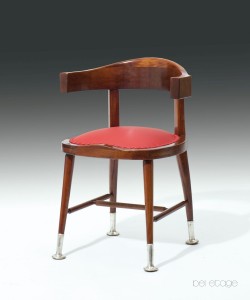 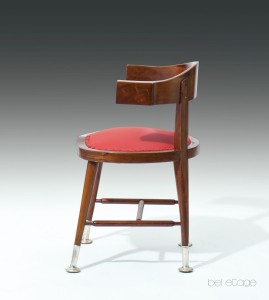 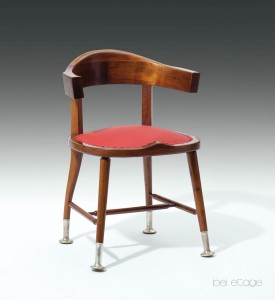 Our four chairs are among the most accomplished designs of Adolf Loos. Influenced by English models, he designed them in 1899 for the dining room of the Stössler apartment. Later he used variations of the same design in a number of his interiors. Since these early chairs were executed without the front arm supports of later versions, they are particularly elegant and airy.