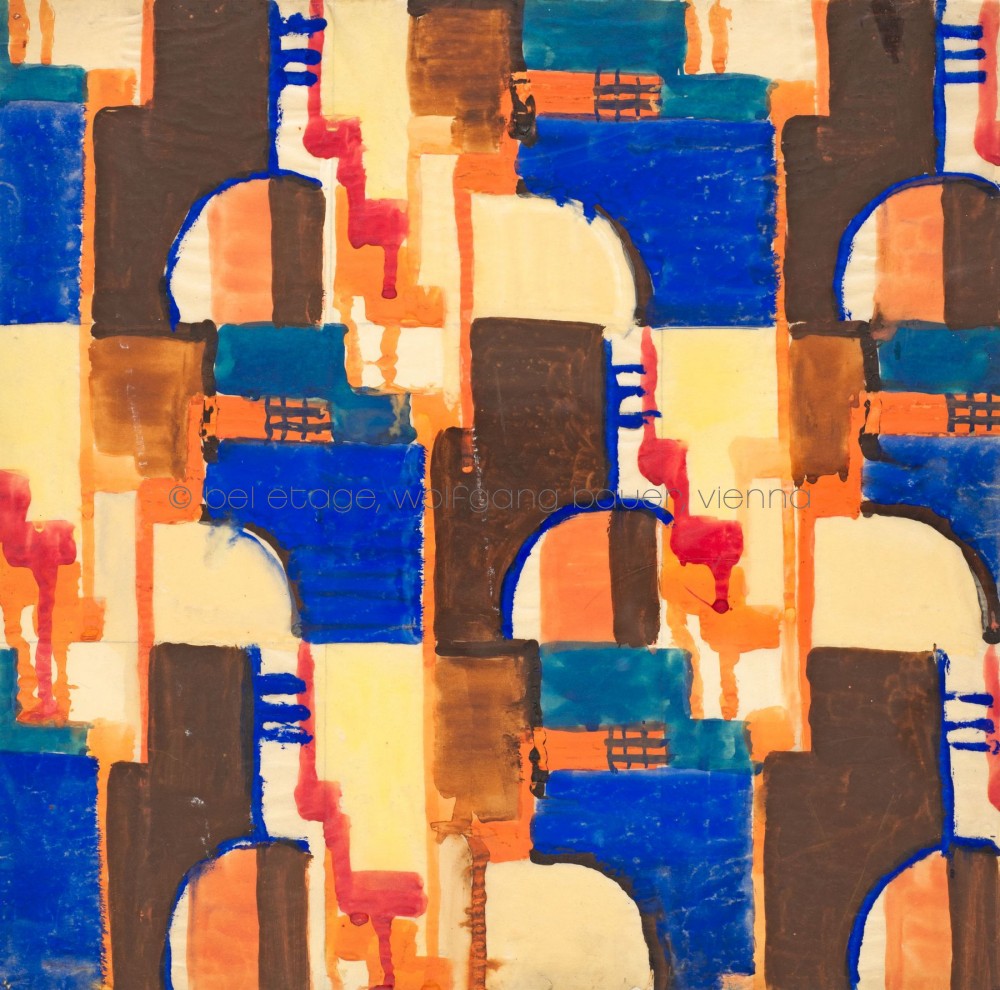 Nephew of architect Otto Wagner. 1919–1923 Teacher Training College, from 1922 studied at the Vienna School of Arts and Crafts in the department concerned with the theory of ornamental form under Cizek and Larisch. In 1924, he became Cizek’s assistant at the Vienna School of Arts and Crafts (Department of Form Theory) which he later took over. As an excellent teacher and artist, he attracted a creative body of students while he was there. They were strongly influenced by Viennese Kineticism – a specifically Austrian variation of Cubism – of which he was a co-founder. Wagner was also active as an architect of interiors and gardens and worked for Lobmeyr glass company. In 1935, he began calling himself Otto Franz and was a member of the Vienna Secession from 1949 on. Ref.: G. Bast, A. Husslein-Arco, H. Krejci, P. Werkner (ed.), Viennese Kineticism. Modernism in Motion, Vienna, New York, p. 237