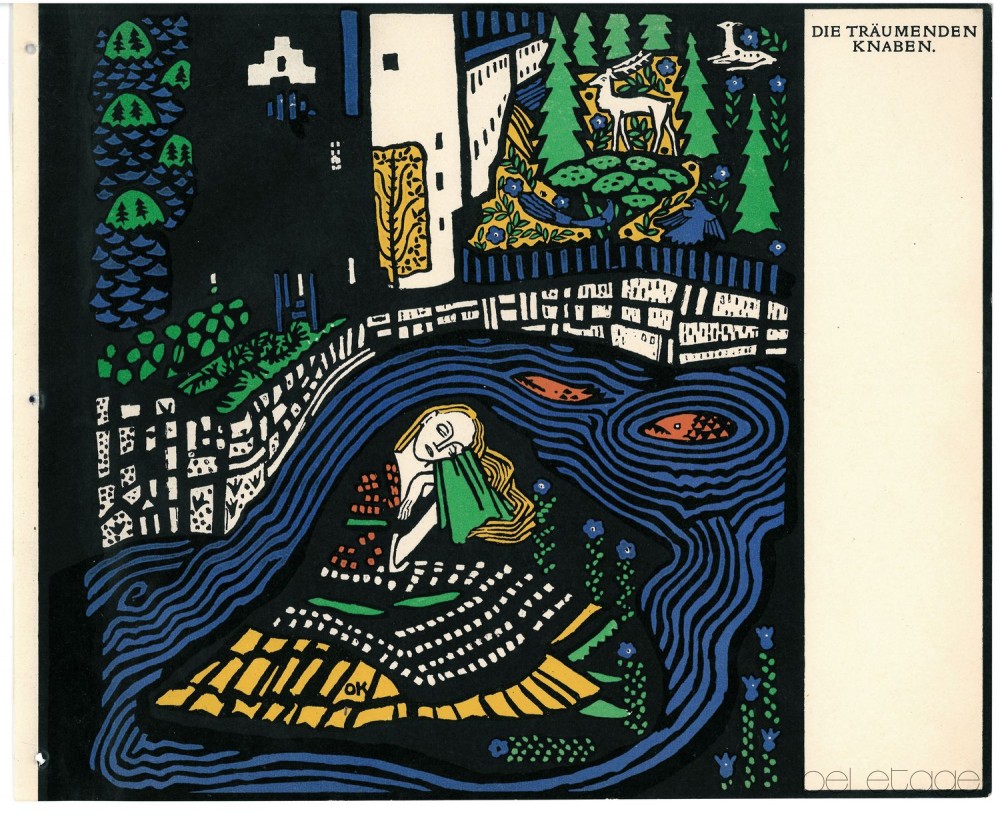 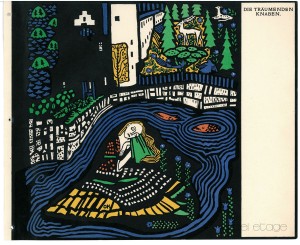 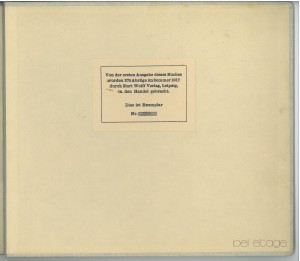 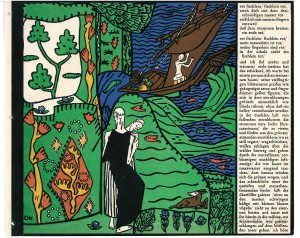 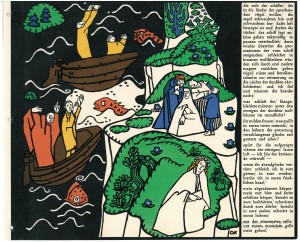 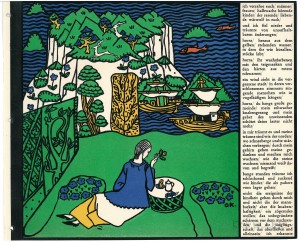 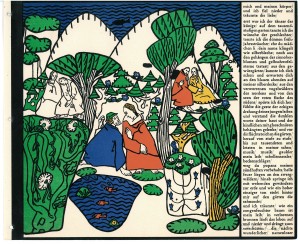 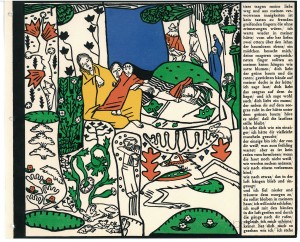 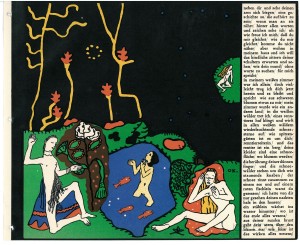 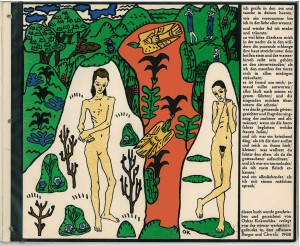 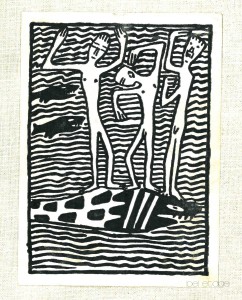 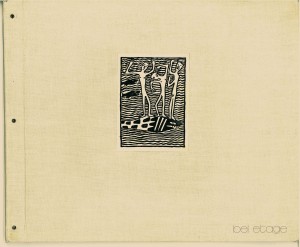 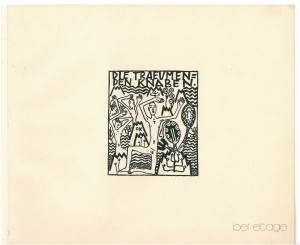 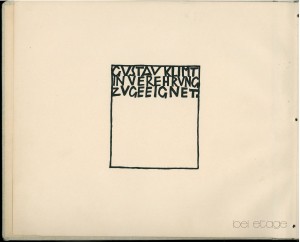 A book by Oskar Kokoschka with the title "The Dreaming Youth" containing 8 colour lithographs was published for the 1908 Kunstschau in which the Klimt group, after resigning from the Secession, appeared for the first time as a group together with a number of young artists. Kokoschka wrote and illustrated the book – commissioned by the Wiener Werkstätte – when he was only 22 years old. He dedicated it to Gustav Klimt. Very few copies were sold in 1908 and the prints fell into neglect until Kurt Wolff reissued in 1917 a limited edition of 275 numbered copies.

The first image after the coloured title lithograph shows "A Youthful Dreamer Held by a Man" (Kokoschka and Klimt). Klimt is wearing a floor-length robe, its blackness drawing attention to the link with the world of dreams. The heroine of the poem, Li, refers to Lilith, a girl with whom Kokoschka attended the school of Arts and Crafts. By the time he declared his love of Lilith in the "Youthful Dreamer", the object of his affections had already departed from Vienna.