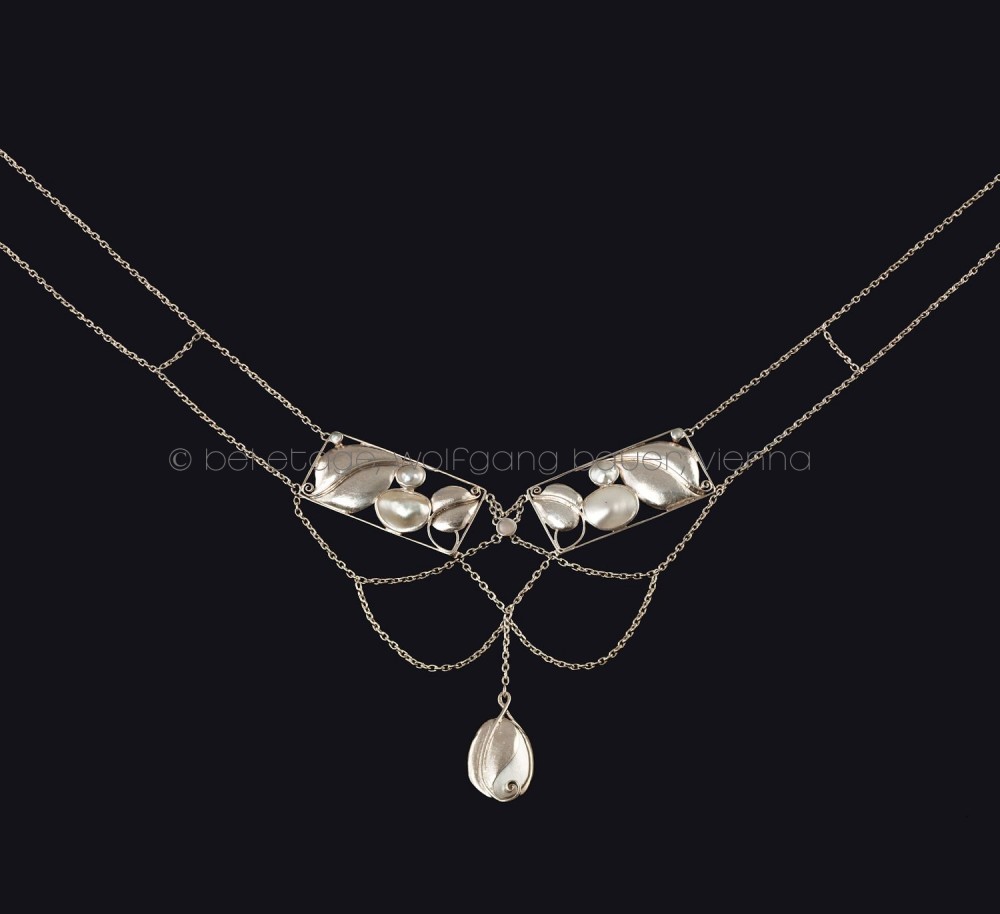 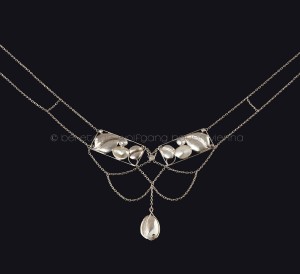 Up till now we have only been able to find evidence for parts of the necklace. In the archive of the WW, sketches have been found of the two rectangular decorative elements – model no. G 1039, described there as a part of the chain for neck jewellery. The pendant in the middle can also be documented using a design drawing from the WW archives (model no. G 957 and noted as a pendant) and an illustration that appeared in "Deutsche Kunst und Dekoration, 1909/1910" (Professor J. Hoffmann, neck jewellery, gold-plated silver with mother-of-pearl). Evidently Hoffmann made design elements for the serial production of jewellery just as he had done with his earlier furniture designs for J. & J. Kohn.