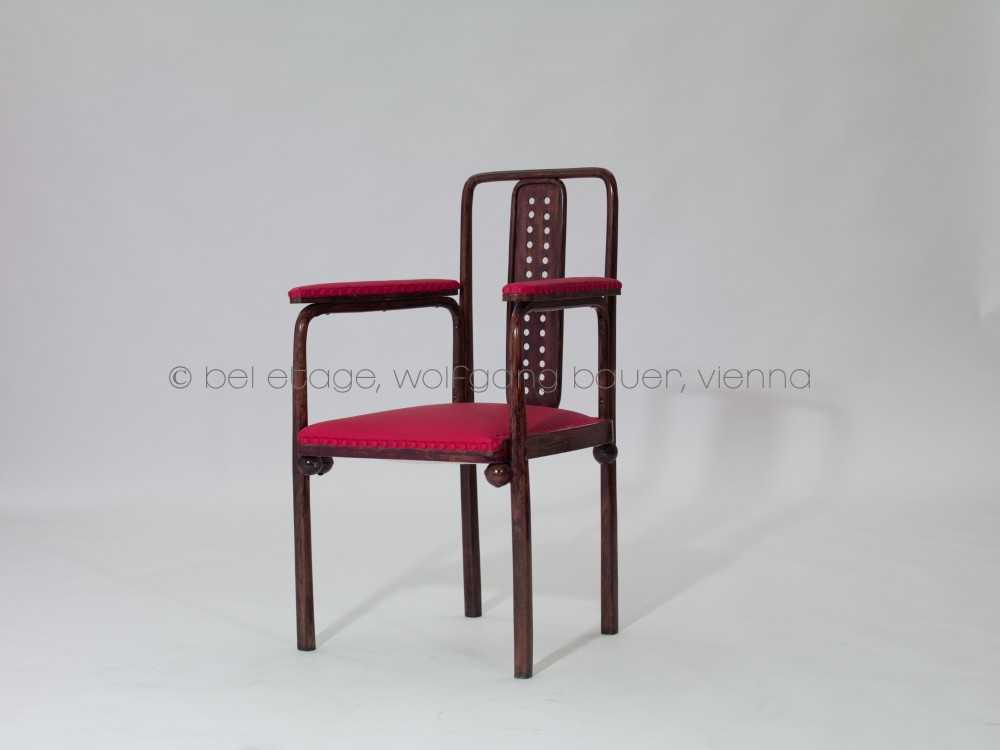 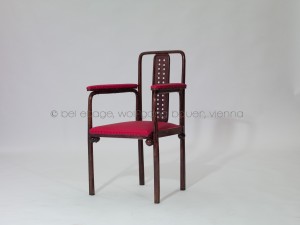 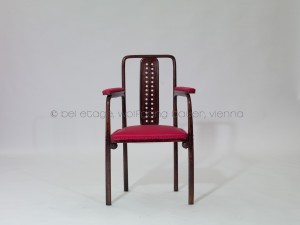 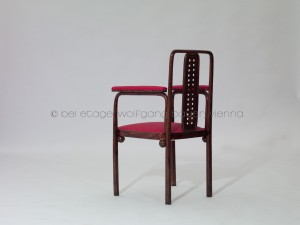 In 1904, Viktor Zuckerkandl commissioned Josef Hoffmann and the Wiener Werkstätte with the planning and construction of a sanatorium at Purkersdorf near Vienna. The chair Hoffmann designed for the dining room was one of his pioneering works. It is depicted in a special number of The Studio magazine in an article entitled “The Art Revival in Austria”. Hoffmann also created the armchair and bench intended to be produced in series by J. & J. Kohn. The armchair was also to be found in the visitor’s hall of the Milan exhibition of April 1906. However, none of these pieces found the hoped for popularity with the public and they were rarely produced. The design’s modernity (as well as its rarity) has turned these pieces into some of the most sought after collector’s items of Josef Hoffmann’s oeuvre.