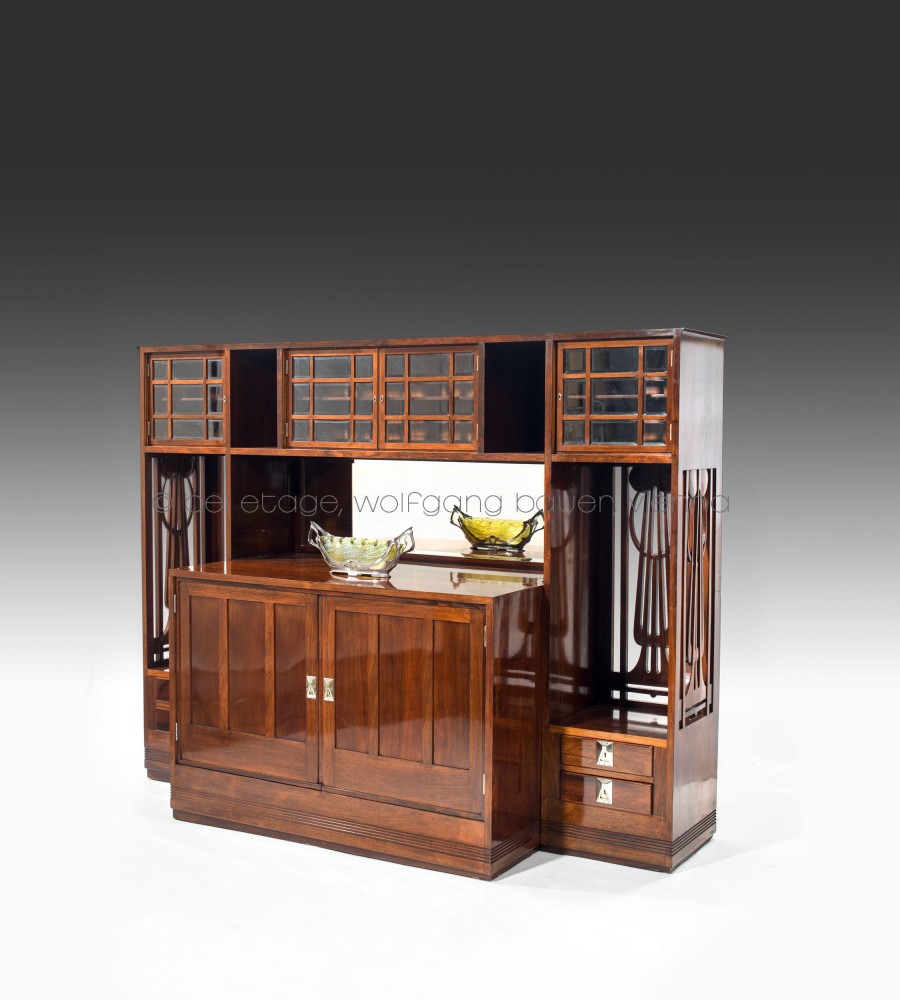 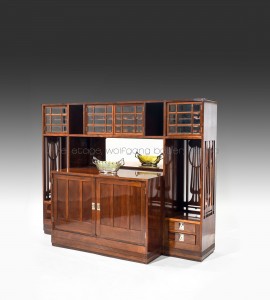 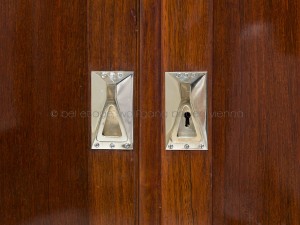 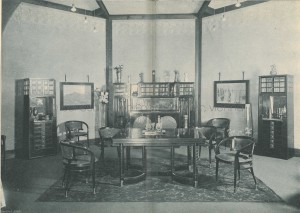 Our large sideboard is a variation of the centre piece of the dining-room that Josef Hoffmann designed in 1899/1900 for the World Exhibition in Paris and which was presented in the Austrian Museum for Art and Industry in February 1900 in a pavilion that had been specifically designed for the Paris show. The four abstract floral carvings affixed to the rear walls of the side elements or side elements themselves are reminiscent of the formal language of Charles Rennie Mackintosh who, in November 1900, took part in the VIIIth Secession exhibition along with his wife, Margaret McDonald, and Josef Hoffmann, Koloman Moser, Leopold Bauer, Charles Robert Ashbee as well as numerous other artists.

The flat doors without metal panelling and the nickel-plated brass fittings impart a much more modern appearance to this piece of furniture than was enjoyed by the large sideboard exhibited in Paris. The same holds true for the small sideboard, which also embodies the claims to modernity very successfully.

At that time Hoffmann was already a professor at the Vienna Kunstgewerbeschule [School of Arts and Crafts]. It is likely that he and his patron, Fritz Waerndorfer, personally handed over the invitation to Mackintosh in Glasgow. The Scotsman’s work also inspired Hoffmann to some of his own designs.