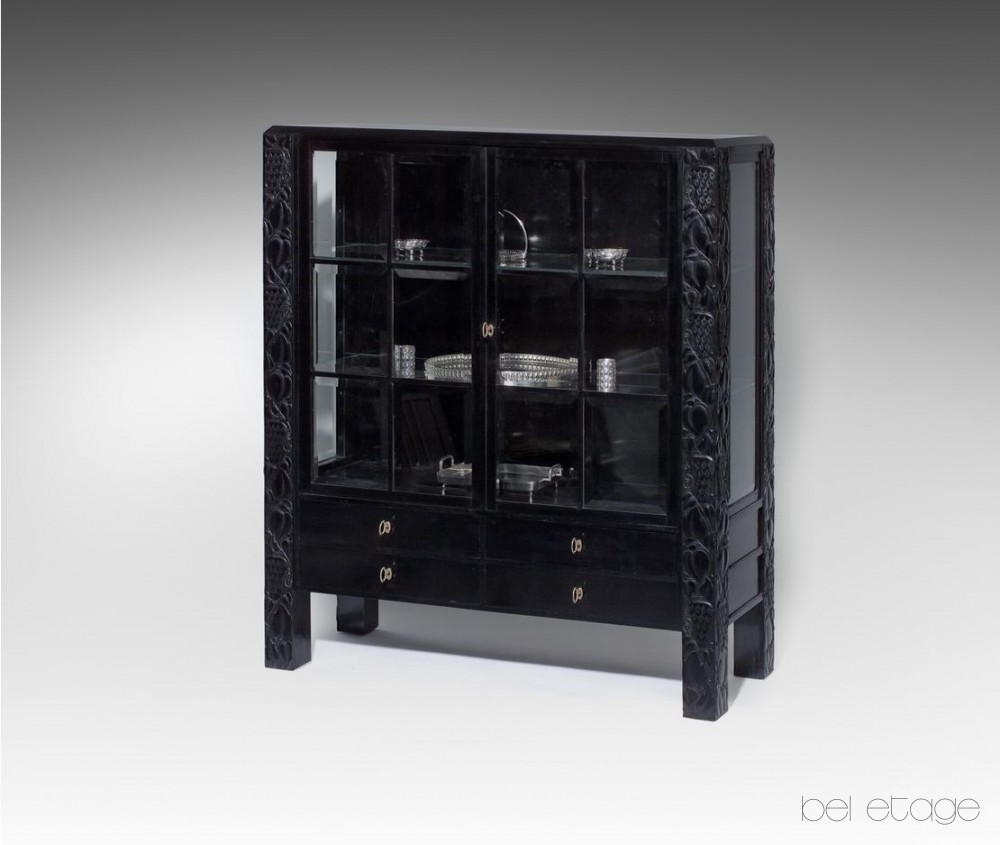 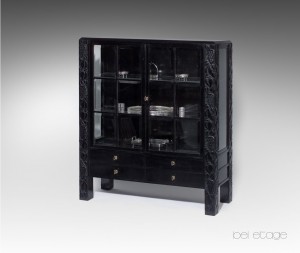 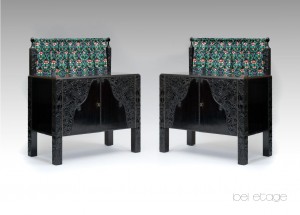 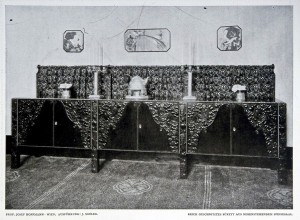 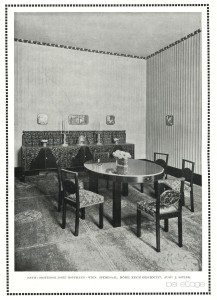 The furniture is a highly important example of the anticipation of Art Déco. For the first time it shows decorative carvings of flowers, grapes and leaves on the exterior, which before that usually could only be seen by the viewer after the doors had been opened.

Hoffmann had already used very similar decoration for a writing cabinet that he had designed in 1910 for the Ast villa. Whereas Hoffmann had decorated the interior of the writing cabinet with richly carved floral motifs, in this design from 1912 they now appear on the surface, in a magnificently enhanced form.

In the case of the large sideboard documented, the motif is repeated three times across the entire front (D. K. & D., vol. XXXI, p. 183). The chairs display comparable leaf carving in the medallions on the seat back. (D. K. & D., vol. XXXI, p. 185). Hoffmann also used a similar curved form for the carving of the banisters in Palais Stoclet (Sekler, p. 307, WV 104/XII).