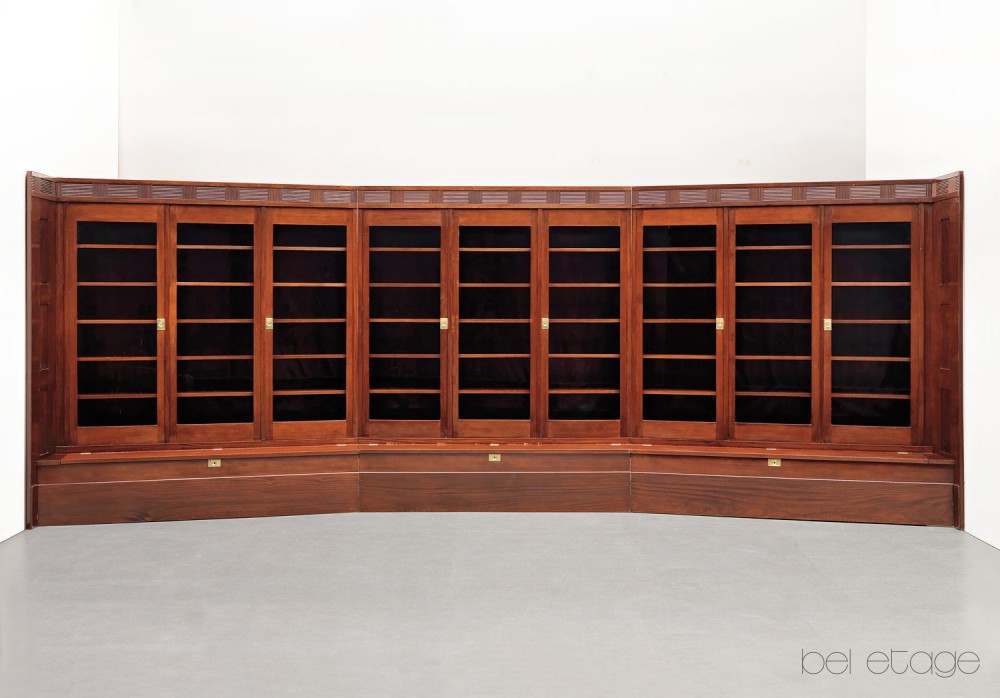 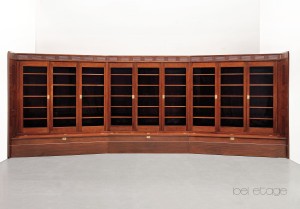 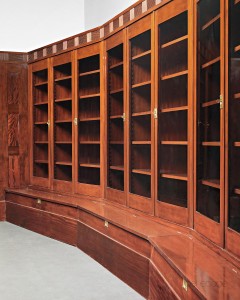 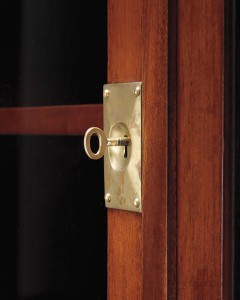 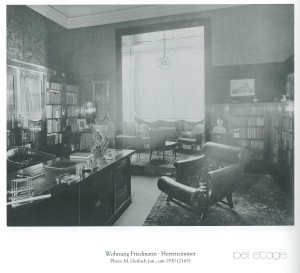 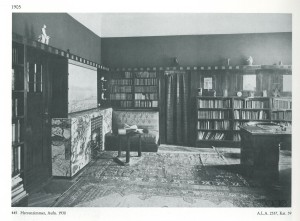 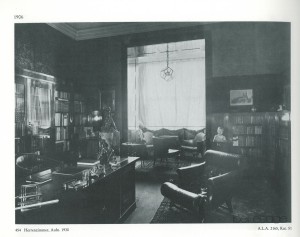 The design of the full-wall library bookcase in the study of Arthur and Leonie Friedmann’s apartment (in 1010 Vienna, Bellariastraße 4/2nd floor) shown on the photo from 1905 is almost identical. The rod pattern on the top rails of the bookcase was developed by Adolf Loos and is a typical feature of furniture designed by him. The pattern follows a very special rhythm: square follows double square, vertical follows horizontal shape. Friedrich Otto Schmidt produced much of the furniture designed by Adolf Loos for the latter’s wealthy clients. Often he also produced variations for his own customers. In this case, however, I assume with a probability bordering on certainty that this work of art was designed by Adolf Loos.