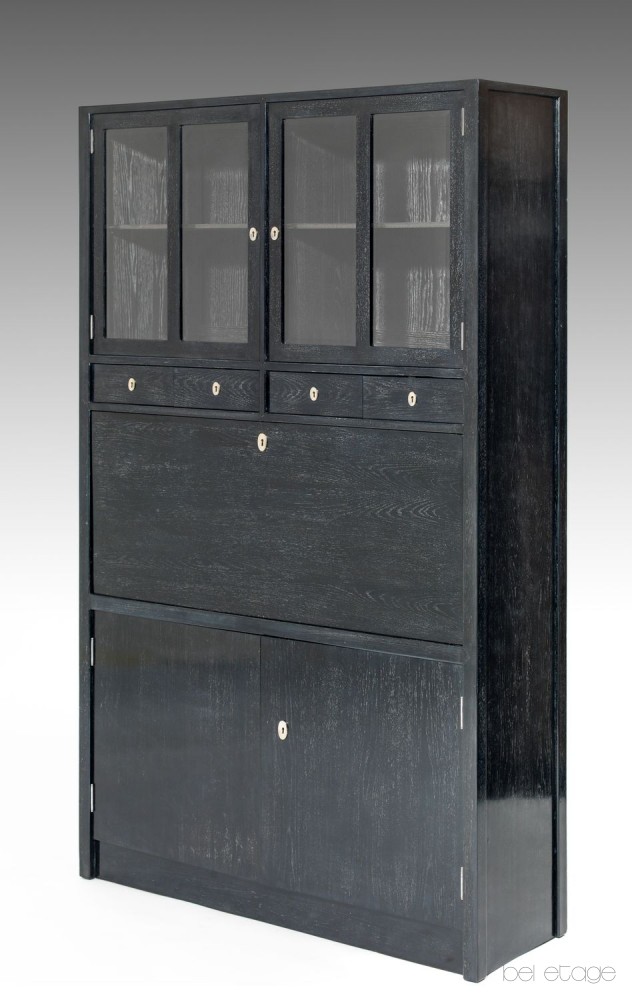 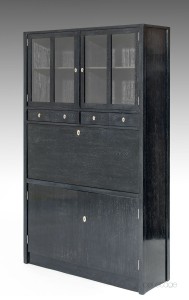 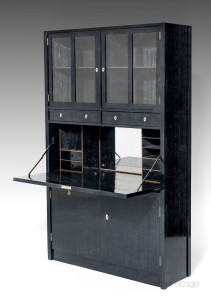 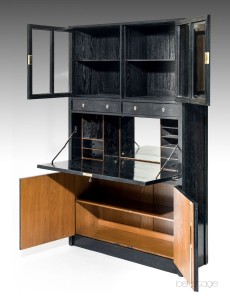 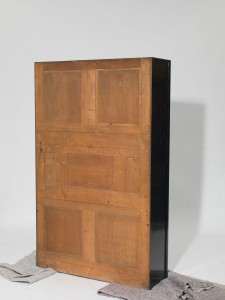 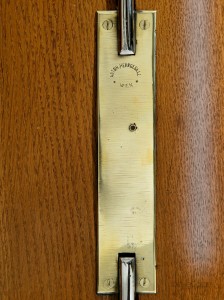 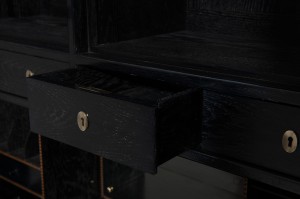 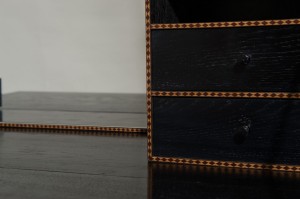 The small cabinetmaker workshop that Anton Herrgesell founded in 1882 in Storchengasse developed over three generations into a company that would later have premises at Stephansplatz and at Diefenbachgasse do business until 1977. The company underwent its biggest boom under the artistic leadership of Mauritius Herrgesell, the eldest son of the firm’s founder. From 1901 to 1905 he studied architecture under Josef Hoffmann at the Vienna School of Arts and Crafts. After graduating, Hoffmann wrote a recommendation stating that he "proved ... to have a great deal of talent and taste and can be recommended to all as having mastered all these tasks in a way that was hard-working and skilful." The design for the fall front desk is strongly influenced by Hoffmann’s formal language as it was at the time. The execution of the piece was carried out in the workshop of his father Anton Herrgesell.