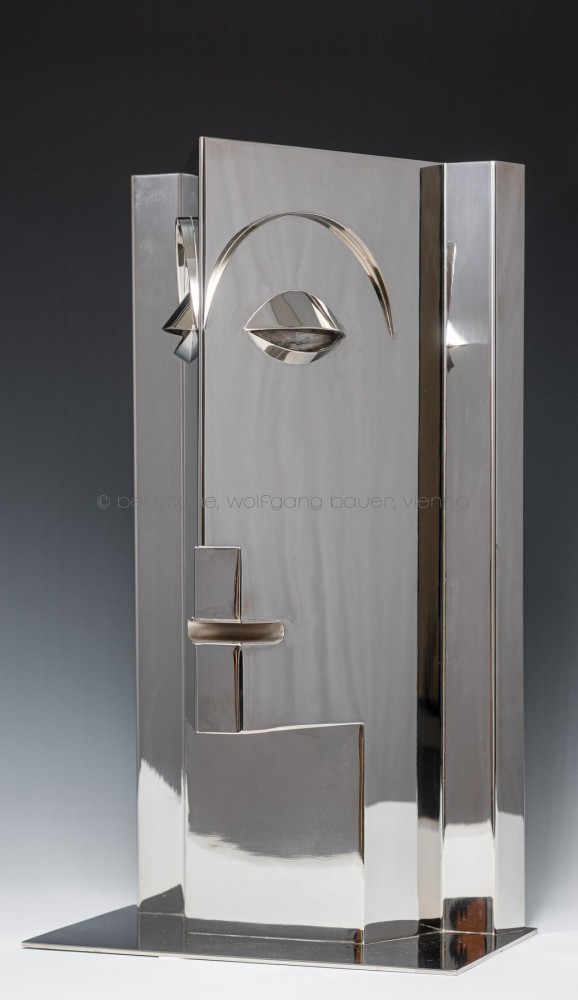 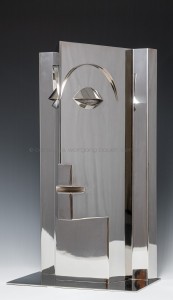 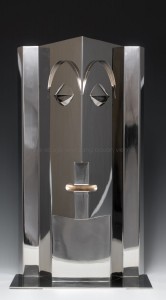 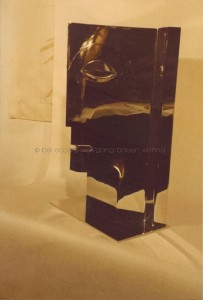 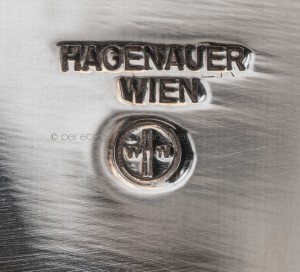 Among the most impressive and best-known works by Professor Franz Hagenauer are the depictions of human heads. These sculptures run through the work of this important designer from the mid-1920s until the end in 1986. A continuous development and change in his work is clearly recognisable. From the initially visible parallels to contemporary works by Amedeo Modigliani or Constantin Brancusi, Franz Hagenauer developed stylistically completely independently from the mid-1930s at the latest. He always remained true to his very personal style, which made him appear so unique among many contemporaries.

When he began working as a professor of free design at the Academy of Fine Arts in Vienna, new impulses from his teaching spurred his artistic work. At the end of the 1960s, his initially fully sculptural figural representations gave way to designs of almost two-dimensional heads executed in a new technique: A nickel-plated brass plate served as the base, onto which tubes and other metal parts were soldered. By using only a few materials, very individual art objects of reduced production and intense expression were created.