Executed based on a design for the dining room presented at the 1912 spring exhibition "Österreichisches Kunstgewerbe" (Austrian Arts and Crafts). 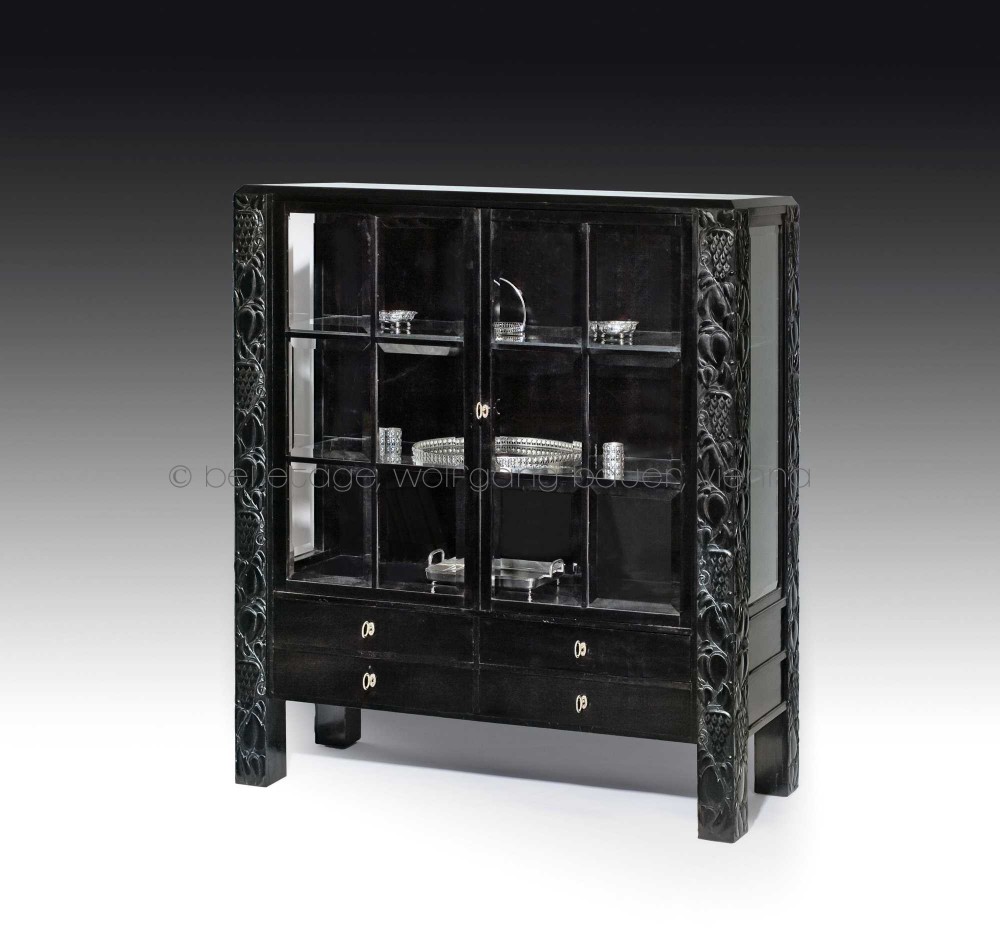 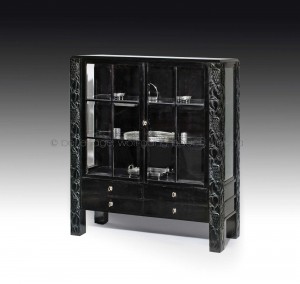 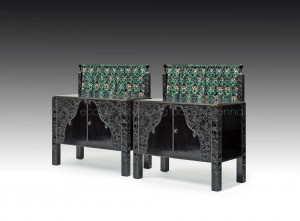 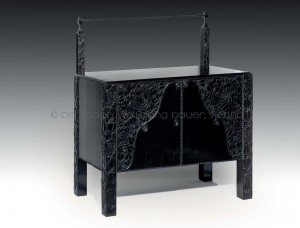 These three pieces of furniture were created based on a design for the dining room shown at the spring exhibition "Österreichisches Kunstgewerbe" (Austrian Arts and Crafts) in 1912. Featuring in the magazine "Deutsche Kunst und Dekoration", this large sideboard carried the caption "Prof. Josef Hoffmann Vienna, execution: J. Soulek, richly carved buffet from dining room shown opposite".

These pieces of furniture are a very significant example of the anticipation of Art Déco. For the first time, decorative carvings such as flowers, grapes and leaves, which had previously only become visible when the viewer opened the piece’s doors, are now shown on the exterior.

Hoffmann had already used very similar decoration for a writing cabinet he designed for Villa Ast in 1910. Whereas Hoffmann had richly decorated the interior of this writing cabinet with carved floral motifs, he used these decorations in an even more magnificent manner on the outside in his 1912 deign.